Menu
$0.00 Cart
DESIGN MY DOCK
GET AN ESTIMATE

Transforming a Harbour in Marathon, Ontario

CanadaDocks revitalized a marina with a 2,000 sq. ft. dock kit.

Welcome to Marathon, Ontario, a quaint fishing town at the northeasternmost point on Lake Superior.  With a population of 3,000, Marathon is a close-knit community.  A large part of their town centres on their impressive harbour. CanadaDocks™ was contacted by the Marathon Marina Harbour Club to revitalize the harbour with a new maintenance-free dock kit that would last a lifetime.

One of the best aspects of this area is its impressive coastline.  This area is the epitome of untouched wilderness, with its raw natural beauty.

At the hub of this majestic place is a grand harbour that was recently revitalized with a large scale CanadaDocks™ installation.

Managed by the Marathon Marina Harbour Club, the harbour features a boat launch, sandy beach to one side, and is surrounded by hiking trails.  It is a great draw for boaters, tourists, and locals alike.

This past summer, Joel Shier, a contractor with Two Dogs Contracting, took it upon himself to spearhead the revitalization initiative.  According to Joel, “The town is growing and we’ve got a lot of boats coming in now and it’s time to expand.” He chose to work with CanadaDocks™ for a major dock installation.

The harbour is now home to over 2,000 surface square feet of CanadaDocks™ dock kits.  This is what was installed:

We spoke with Joel about the design and installation of the dock, the impact it’s had on the community and their yearly fishing event that inspired the new dock buildout, The Al Dixon Memorial Fishing Derby.

As it always is the case with wooden docks, they deteriorate over time.  The dock system at Marathon was no exception.  It needed to be replaced with something maintenance free and cost effective.

When Joel and his parter Lee Matos planned to host the Al Dixon Memorial Fishing Derby, they knew they needed a new dock installation that would be able to hold the vast amount of boat traffic that would be coming into the harbour.  “I chose CanadaDocks™ because the plastic ones were not feasible for our area.  We wanted to keep the same cosmetics, being able to attach the wood (on top of the dock frame) so it looked the same as the other docks on the other side of the bay.  And your system is strong, that’s the good part about it.  It’s nice and strong because we do have some good weather that comes in through here.”

Envisioning a dock installation that would span 2,000 sq. ft. was made simple with the use of the CanadaDocks™ Dock Builder.  Joel explained, “On your website you show everything that’s going on there, and anybody can look and see all of your different designs that you have.  The Dock Builder was easy.  I was able to build it all out on the computer.”

A Strong Dock Kit, Built for an Entire Town

When it came to building and installing the dock kits, Joel said that one of the reasons he chose CanadaDocks™ was the promise of an easy-to-install, maintenance free system.  “You call it a do-it-yourself kit and it is a do-it-yourself kit.  I’ve never built a dock before.”  As an iron worker by trade, he added, “I know what’s strong, and this is a beautiful system, it really is.”  He built all 19 dock modules himself with ease.

It was incredibly important to have a dock kit that was strong enough with withstand both the elements and the large number of people passing through.  Joel was happy with the strength of the structure.  “It (the dock kit) is just incredibly stable. It does not move, it’s like walking on the highway.  It’s just so much safer and it is so stable.  We do get some pretty good waves coming through here.  We had some white cap waves about a week and a half ago.  There was no problem at all.  Never a budge.”

The next closest harbour on the east side of Lake Superior is two hours south of Marathon, so this harbour sees a lot of boat traffic.  Not to mention it has become a central point for the community.  “They (boaters) love it, they love these docks.  We are a town of 3,000 people and there are a lot of fishermen.  There are a lot who just enjoy the water.  Everybody’s on them every night.  People are down here having coffee now,” explains Joel.

And, of course, the most high traffic time of all was the Al Dixon Memorial Fishing Derby. Fishermen from all over the area took part in the derby, and the new CanadaDocks™ dock kit was the perfect stage for the event.

“The fish Derby last year was our inaugural and this is the second year. We have the same amount of people as last year, but now we have the venue. With these docks, we’re able to put the boats in and it made all the launching much more feasible and more productive and faster.  It seems like everybody likes them.  We have some out-of -towners that have been able to park overnight, which we didn’t have before.”

With plans to expand up to 5 times what they already have installed, CanadaDocks™ has transformed this harbour and will continue to work with the people of Marathon to grow. 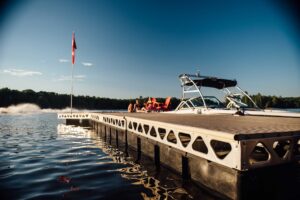 How To Anchor Your Dock 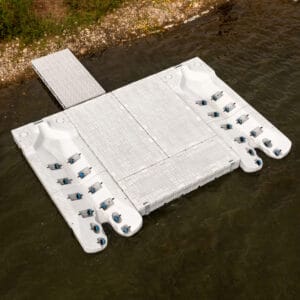 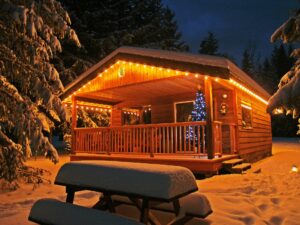 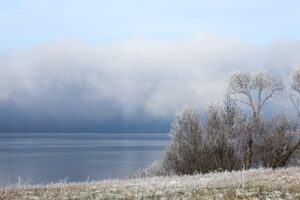 How To Store Your Dock This Winter

At CanadaDocks™, we pride ourselves on building quality standing docks and floating docks, as well as dock accessories. We proudly manufacture all the docks at our facility in Beeton, Ontario- only 30 minutes north of the Greater Toronto Area (GTA); this allows us to provide you with not only a competitive price, but a quality Canadian product.